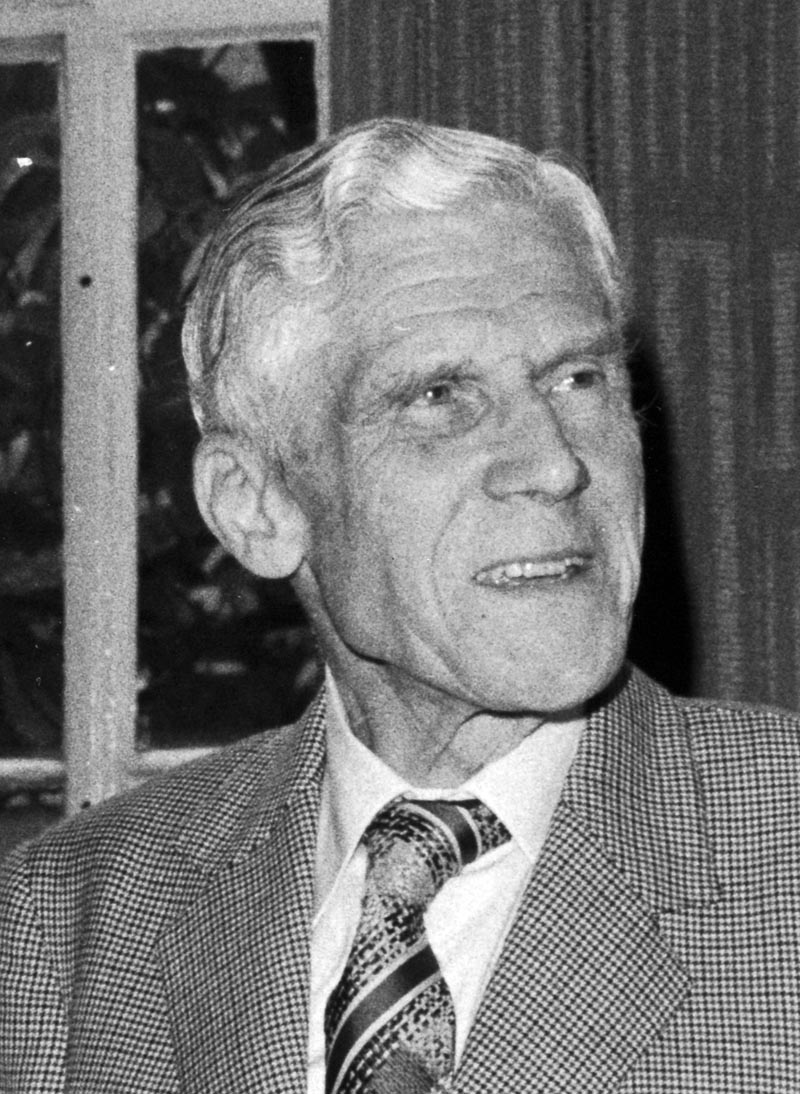 The survival of the Liberal Party through the dark years of the 1940s and 1950s was as much due to Donald Wade as to any other single individual.

He was neither the bustling organiser-nor the coiner of vivid epigrams that were the stock in trade of others, but he provided the thoughtful literary underpinning and consistent policy detail without which more dashing leaders could not have survived. The affection and respect he commanded throughout the Liberal movement came from a recognition of his quiet loyalty and his instinctively sound judgement.

Prior to 1950 Donald Wade had fulfilled a political role as a Yorkshire party officer and as a pamphleteer, but the revised parliamentary constituency boundaries produced two constituencies out of one in Huddersfield, leading to what became known as the “Huddersfield formula”. This meant that the Liberals fought one seat and the Conservatives the other, rather than split the anti-Socialist vote.

Donald Wade recognised the rare chance for a Liberal victory, but he was not prepared to give the blanket undertaking the local Conservatives demanded to “vote against a vote of confidence in a Socialist administration”. However, his statement that he “would not vote in such a way as to give a vote of confidence to an administration committed to further Socialist measures” satisfied the Conservatives, who duly gave him a free run. The “formula” was ' copied only in Bolton.

In Parliament he served as Chief Liberal Whip from 1956 to 1962 and Deputy Leader from 1962 to 1964, when, as a result of the deliberate abandonment of the “formula” at the Bolton East by-election of 1960, he faced a three-cornered contest in Huddersfield. It was a significant comment on his record as MP that, despite the changed circumstances, he failed by only 1,280 votes to retain the seat.

Had Donald been younger and fitter — he had suffered from polio as a child — there would have been pressure on him to fight again at the General Election which was likely to come fairly soon. Instead, he became one of the first two Liberal Life Peers and, later, a Lords Whip. He used the relative freedom of the House of Lords to propose legislation ahead of the Commons: in 1969 he promoted a local government bill to introduce local ombudsmen, and on a number of occasions piloted a Bill of Rights through the Lords to entrench the individual’s rights in legislation. In 1967 the Liberal Party honoured him with its Presidency.

He was a very traditional MP, reluctant to interfere in the local government scene and not emotionally in tune with the emerging “community politics” style. A new agent in Huddersfield asked for the “marked electoral register” and found it “as virgin pure as the day it left the printer”, and recounted how Donald got lost when guiding her around the constituency.

But Donald’s reputation stemmed from his conscientiousness and obvious integrity, helped by an influential Liberal local newspaper which treated politics with an appropriate Yorkshire seriousness which suited Donald Wade’s style.

He had an active involvement in race relations long before it assumed a prominent place on the political agenda. He chaired the Yorkshire Committee for Community Relations which was eventually superseded by the district committees under the 1968 Race Relations Act.

Although Donald’s parliamentary connection was with Huddersfield, he was actually a Leeds man. Out of loyalty to the Liberal Party he was prepared to be nominated as an Alderman of the Leeds City Council in 1968, but the proposal received no support from other parties and was not proceeded with.

His contribution to public life was, however, recognised by his appointment as a Deputy Lieutenant of the West Riding in 1967 and of North Yorkshire in 1974, following his retirement to the Yorkshire dales.