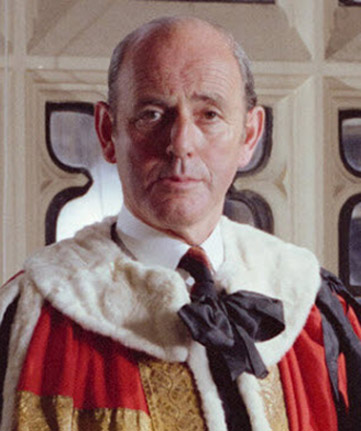 Basil Wigoder, who has died in London at the age of 83, was a distinguished member of a distinguished Jewish family which orginally settled in Dublin before one branch came to Manchester and one to Leeds, where Louis Wigoder was a dentist in Chapel Allerton and Simon Wigoder a General Practitioner in Morley. Basil was the son of Dr Philip and Ruth Wigoder, and nephew of Louis and Simon. He was brought up in the Cheetham district of Manchester from whence he took his title when ennobled in 1974.

Basil Wigoder served in the Royal Artillery from 1942 to 1945 and continued his studies at Oriel College, Oxford, after the war. He obtained his degree in Modern Languages in 1946 and was President of the Oxford Union in the same year. He was also called to the Bar in 1946 and became a Queen's Council in 1966.

A lifelong Liberal, he contested unsuccessfully Bournemouth in 1945 and the Westbury constituency in 1959 and 1964. In the Lords he was for a time the Liberals' Chief Whip and as a consequence served on the Committee of Privileges. After he ceased to be Chief Whip the party omitted to replace him on this committee, from which he eventually retired twenty-six years later, in 2000, commenting that it was always a pleasure to view his name in the list of Members of the House without seeing "dec'd" after it. It was, he added, "a great pity to be leaving the Committee of Privileges just when I was beginning to get the hang of how it worked."