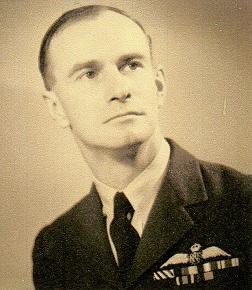 John G Walker, who has died at the age of 97, was the last of the postwar Liberal stalwarts who maintained the party through its most difficult days.

His father died in 1918 in the closing stages of the First World War and John was de facto adopted by his father's elder brother, Ronald Walker, who enabled him to go to Uppingham School and then to Queen's College, Cambridge, from where he emerged with an MA in economics. Having studied under him at Cambridge, John Maynard Keynes was sufficiently impressed by John to offer him a research post. Instead he followed his uncle into the family's blanket making firm, James Walker and Sons which still exists at Holme Bank Mills, Mirfield. Much later on John was to remark ruefully that the family firm regularly needed a war somewhere to boost profits.

Ronald Walker, long time owner of the Dewsbury Reporter and knighted in 1953, was a lifelong Liberal and John followed the same political path. At Cambridge he became President of the University's Liberal Society and he contested four general elections: 1950 in Keighley and 1951, 1955 and 1959 in the Sowerby division, much of which is today's Calder Valley constituency.

He held many Liberal party positions and was regarded as a source of consistency and strength amidst often wavering colleagues. Dogged rather than charismatic he was nonetheless a great raconteur and often entertained colleagues with stories of the perils of chairing public meetings for Liberal candidates who were sometimes far from being predictable. For many years he was responsible for interviewing potential Liberal candidates - whose occasional vicissitudes also provided him with a ready source of anecdotes.

Curiously he never held national office in the Liberal party, although his name was canvassed behind the scenes for party President in 1975. He was the mainstay of the Yorkshire Liberal Federation for many years and was President of the Dewsbury and of the Batley and Morley constituency party associations.

His academic background, and his experience in the wool trade, led him to concentrate on economic questions and he was often frustrated by what he saw as the party's culpable lack of awareness of economic principles. His other great political cause was that of electoral reform.

He was a magistrate from 1957 on the Batley and Dewsbury bench and served for many years as the Liberal representative for the West Riding on the Lord Chancellor's Advisory Committee on Justices of the Peace.

He served in the Second World War with great distinction. He began his war service in the army but soon transferred to Coastal Command where he became Pilot Officer and later Squadron Leader. He was decorated with the Distinguished Flying Cross for anti-submarine service in the North Atlantic.

He suffered tragedy in his personal life with the suicide of a son on a local motorway and it was typical of John that he took the trouble at the inquest to thank the man who at some risk had shielded his son's body from traffic.

He leaves a widow, Frances Margaret (Peggy) and a son, Richard.