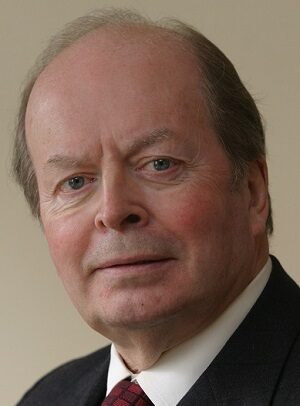 Trevor Smith, who has died aged 83, was an influential figure in Liberal/Liberal Democrat and academic circles for 60 years, more as a "fixer" than as a frontline player. After an early involvement in electoral politics he was appointed a politics lecturer at Hull University in 1962, and rose to become vice-chancellor of Ulster University (1991-99). Throughout he stayed with his party and from 1997 was active as a life peer.

Born in the East End of London, Trevor was the son of Vera (nee Cross) and Arthur Smith, who took his family on his wartime military postings around Britain. Eventually he joined a business making toys and dolls, successfully enough to send Trevor to a succession of indifferent private and state schools.

After his father's business failed Trevor took O-levels, and his mother insisted that he embark on a job in insurance. He obtained A-levels through evening classes and entered the London School of Economics (LSE) to study government.

Given the low ebb the party was at in 1955, joining the Liberal society could be seen as a somewhat perverse move. He became the national chair of the Liberal student organisation and was the party's candidate in Lewisham West, south-east London, in 1959 - at 22 the youngest candidate in Britain. After a short spell working in advertising he obtained his first academic post later that year, as an assistant lecturer in politics at Exeter University.

In 1960 he married Brenda Eustace; they had two sons, Adam and Gideon, and divorced in 1973. He first met his eventual second wife, Julia Donnithorne (nee Bullock) - they married in 1979, and had a daughter, Naomi - when she was his assistant during his time as research officer (1960-62) at the Acton Society Trust, in effect the research wing of the Joseph Rowntree Social Service Trust (now the Joseph Rowntree Reform Trust).

Then came his time at Hull, followed by a move in 1967 to a lectureship at what is now Queen Mary University of London. By 1989 he was senior vice-principal: ever forthright in expressing his views, he was involved in a number of controversial initiatives and was asked to resign and given a year's sabbatical. In 1991 he became vice-chancellor of the University of Ulster and moved with his family to Coleraine.

It was a brave job to take on, physically as well as academically, given the fraught security situation in Northern Ireland. It was described to him by colleagues as the "gulag". The university was by a long way the largest higher education body on the island of Ireland, with four sites distant from each other as the result of a merger.

Smith decided that its traditional, male-dominated and clannish senior management had to be transformed and, yet again, found himself embroiled in academic politics. It took him two years to replace the initial personnel with a more representative and talented mixture that included women and Roman Catholics. His own Anglo-Catholicism he saw as an advantage, since such high churchmanship was unknown in Northern Ireland and puzzled those who liked to put everyone into one or other religious category.

He embarked on a number of imaginative initiatives including establishing Incore, the International Centre for Conflict Resolution, with the United Nations University, Tokyo. He also wanted to establish a fifth Ulster University campus on the Belfast peace line between the Unionist Shankill and the Nationalist Falls Road, with entrances at each side.

Inevitably it was controversial, but Smith worked skilfully with key academics to have the idea accepted. He arranged for President Bill Clinton accompanied by Tony Blair, the prime minister, to cut the first sod on the site in 1998. Smith retired the following year, and it greatly saddened him that in 2002 the Springvale campus was cancelled.

During Smith's tenure as a chair of what is now the Joseph Rowntree Reform Trust (1987-99) he instituted a number of reforms, including its change of name and the broadening out of its range of directors to include more women, such as the journalist and broadcaster Elinor Goodman, and individuals already respected for their commitment to political reform, such as the democracy activist Pam Giddy.

For more than 50 years the trust had been the major financial supporter of the Liberal party and this continued, but with a greater emphasis on specific party initiatives, such as the highly effective Association of Liberal Councillors. It also developed a highly controversial commitment to assist the administration of territory controlled by African liberation movements.

With his appointment as a Lord Smith of Clifton in 1997 he resumed active Liberal politics after an interval of 35 years. He was not initially keen to take on the spokesmanship on Northern Ireland but was persuaded, and he developed good relationships with the minister, Peter Mandelson, and with Blair.

His long absence from the Liberal frontline did not inhibit his criticisms, including calling for the party leader, Nick Clegg, to resign in July 2014. He became increasingly immobile and retired from the Lords at the start of 2019.

Smith had a tendency to compensate for his difficult early education by emphasising his undoubted academic skills, and he was never afraid to tackle what he regarded as poor leadership and management. Though he was not a particularly easy colleague, his agile mind and intellectual capacity were respected.

He is survived by Julia, his three children, four grandchildren and one great-grandson.