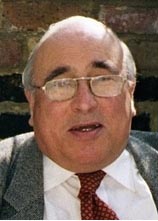 For many years Eric Syddique's name was synonymous with the campaign for electoral reform and he served on the staff of the Electoral Reform Society for many years, taking over from the formidable Enid Lakeman as its secretary. He was a lifelong Liberal and later Liberal Democrat. He was elected six times to the Sevenoaks District Council from 1973 until he retired in 1995. He was also a member of the Eynsford Parish Council and served as Justice of the Peace for the County of Kent. He also served as Chairman of the Lewisham and Kent Islamic Centre.

Eric was never unduly concerned with personal advancement, preferring to be concerned with academic interests such as Chatham House and the Hansard Society. In particular he contributed many learned articles on electoral reform to specialist journals. He lived in the same modest house in Eynsford for over sixty years.

He was one of life's eccentrics. His father had had a garage and an upmarket car dealership in Bexley and Eric had access to very superior motor vehicles. In 1968 he drove a Daimler convertible coupé into his garage and never opened its doors again! By 2012 the garage had disappeared under vegetation. He then drove a 1963 Rover P4 which he abandoned on his drive until it was removed in 2017!

Notoriously incapable of doing any filing he lived alone in his bungalow becoming increasingly frail and surrounded by an ever mounting pile of books, documents and newspapers until a friend took over his care in 2010 and undertook a complete renovation of the bungalow and its garden.

He served for a time on the General Committee of the National Liberal Club and for many years he conducted the Club's STV elections.