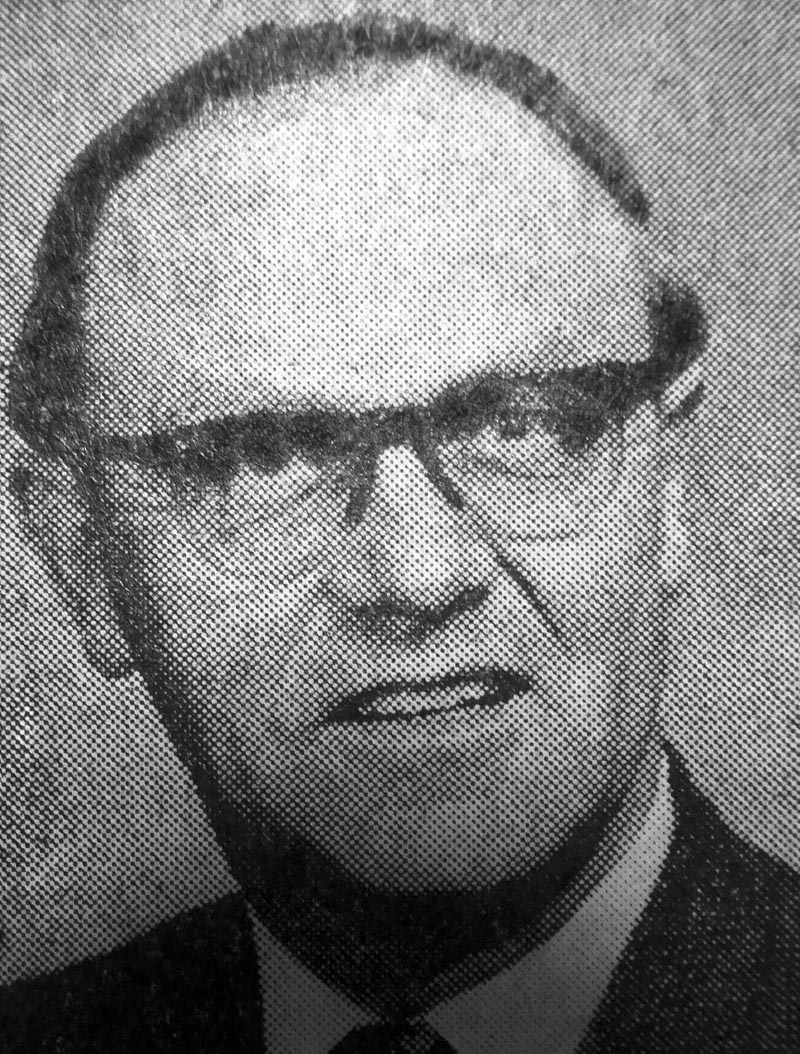 Jack Prichard, Labour Party activist and councillor, was the epitome of the solid, unassuming but determined Labour activist on which the party depended until the advent of new Labour and its emphasis on presentational skills attuned to the television age. Born in the Cross Gates district of east Leeds he won one of the rare scholarships to Leeds Grammar School. He went on to Leeds University where he achieved a Master of Commerce degree. He developed an early interest in politics and joined the Labour League of Youth where he met his future wife Doris.

His first job after leaving university was as Organising Tutor for the Workers' Educational Association in the Cleveland district, based on Redcar - a position to which he was seconded by Leeds University's Extra Mural Department. Some four years later Prichard returned full-time to the university department, as lecturer in Economic and Social History. As its name indicates, this department had and has a strong emphasis on working within the community, and, from his home in Wrenthorpe, near Wakefield, Prichard travelled across the West Riding to lead evening classes for miners and to teach at summer schools.

Jack Prichard was a pacifist and, at the outbreak of the Second World War, he became a conscientious objector and was despatched to work in lime quarries in Horton-in-Ribblesdale. As with many of his generation, the end of the war was the catalyst for Prichard to become immersed in politics and he acted as Denis Healey's agent in the Pudsey and Otley constituency. Between them they cut the majority to 1400 votes in what was regarded as a safe Conservative seat. He and Healey maintained a close friendship thereafter.

As with so many political figures, family life took somewhat of a backseat - a tendency which was not always appreciated by Prichard's wife Doris and his two sons, John and David. He toyed with the idea of standing for parliament but ultimately felt that it would entail too much of a sacrifice of family life. For similar reasons it was some time before he stood for election to Leeds City Council, initially in the Headingley ward, following his move there. In 1964 he was elected for the Osmondthorpe ward but lost his seat in the Labour debacle of 1968 when the party returned only twelve councillors out of the 99 seats on the city council. Prichard achieved the distinction of being the only Labour gain in the municipal elections the following year.

He remained as councillor for the same area of Leeds following local government reorganisation, retiring in 1982. Two years later the City Council recognised his service by making him an Honorary Alderman. He had been Leeds' Deputy Lord Mayor in 1978-79 and had also served as chairman of the Planning Committee.

Jack Prichard was no rabble rouser but invariably prepared his speeches carefully and always endeavoured to develop a logical case. One sometimes felt that he regarded the City Council meeting as another WEA class but his earnestness and sincerity were appreciated. Jack Prichard had few political enemies. Prichard was actively involved in the co-operative movement and for a time was chairman of the Leeds Co-operative Society's Education Committee.

Labour party politics in the late 1970s and the1980s were increasingly uncomfortable for Prichard, who found himself out of sympathy with the vociferous Left. Sent as a delegate from the Leeds North West party to the party conference with a mandate to vote for Michael Foot for leader he voted instead for his friend Denis Healey. The local Left caucus was not amused and responded by circulating a rumour that Prichard was threatening to join the Liberal party if he was not elected Lord Mayor.

Jack Prichard had a wide range of other interests including sport, music, walking and travel. Whenever possible Doris - known as Dot - accompanied him to political and social events and they were seen very much as a couple who seemed very comfortable with each other. His skill as a raconteur belied his somewhat serious demeanor, and he never ducked a political challenge. Jack Prichard was appreciated in Leeds civic life as an honest and dedicated politician. He struggled with Parkinson's disease for a number of years and died in a Headingley nursing home.