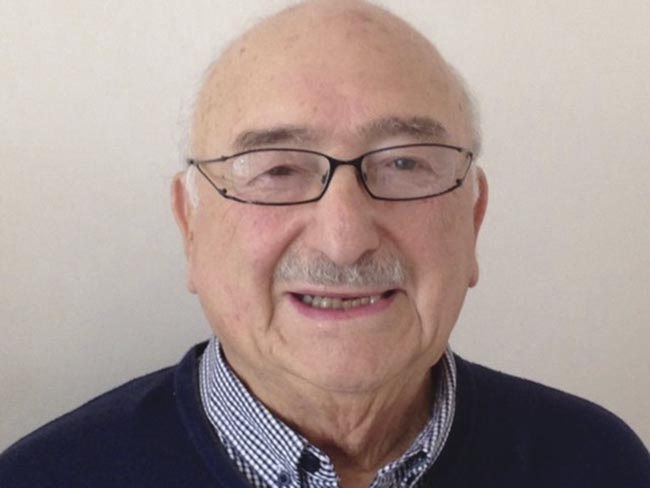 Jerry Pearlman practised as a solicitor in Leeds for sixty years and was one the best known and most popular lawyers in the city. He was particularly known for his dogged persistence in defending rights of way and in creating better access to the countryside. He played a significant role in the successful lobbying for the Countryside and Rights of Way Act 2000 which was the key legislation in creating access and the "right to roam." He and his wife, Bernice, were themselves great walkers and had a ready base with a cottage in the hamlet of Stalling Busk in Raydale, North Yorkshire. As a consequence of his notoriety as an environmental lawyer he ended up acting for campaigners he described as eccentric zealots with the potential to change the law. Three of these he described in his recent book Tales from an Environmental and Tribal Lawyer. He became deputy-chair of the Yorkshire Dales National Parks Authority, chair of the Yorkshire and Humber Regional Access Forum and an honorary vice-president of the Ramblers' Association.

Clients who mounted the narrow stairs to the garret in Albion Street that was one of his earliest offices were intrigued by the deed boxes prominently displayed on a shelf, clearly marked "Kingdom Native Government of Bunyoro Kitana (Uganda)." One did not like to enquire about a client but the whole story of being instructed just eighteen months after qualifying on an international case which led to an appearance before a Privy Council Commission and the subsequent thirty-five year involvement, is also told in the recent book. Jerry was in demand for lectures on this and other topics, not least comparing the legal profession of yesterday with the legal industry of today and to question whether the public is now better served.

He had a long partnership with Colin Grazin followed by other partnerships, not all of which proved congenial, but he ended his legal career happily as a consultant to Zermanskys. His colleagues demonstrated their respect for his legal reputation by making him president of the Leeds Law Society and a member of the Solicitors' Complaints Bureau.

Jerry made only one foray into politics, as the Liberal candidate for Moortown ward in 1963 but he was generous in his pro bono advice to needy constituents of Liberal Councillor and MP, Michael Meadowcroft. He was also part of the pioneering campaign for the establishment of a parish council for Alwoodley and he served as its chair of planning for many years. He wrote enthusiastically on the role of the parish in a chapter for the Leeds Yellow Book - Essays on a Liberal Future for Leeds published last month.

He and Bernice were regular attenders at a wide range of musical occasions in Leeds and these were always opportunities to exchange news and information, just as were his appearances at the Leeds Luncheon Club. Jerry and Bernice were extremely convivial and they were splendid hosts; they also enjoyed travelling, not least to wine regions. Jerry was very committed to his daughters and to his grandchildren.