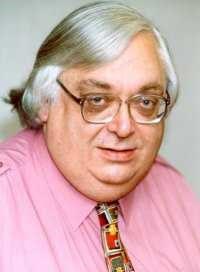 My long-standing political colleague Mike Oborski has died at the age of 60. Michael Maciek George Oborski held dual Polish and British nationality. He maintained his contact with his Polish family and, with his wife Fran, was in Poland when its final Communist government fell. In 1996 Mike became the Honorary Polish Consul for the West Midlands. His affinity and passion for Poland and its culture was always evident in the many duties and projects he took up. A passionate European, Mike was the organiser of the "Poland Comes Home" committee which campaigned for Polish membership of the European Union and of NATO.

Mike Oborski was an instinctive political animal. He fought his first election, unsuccessfully, in Worcester, at the age of 21. He was elected to the Hereford and Worcester County Council in 1973 and to the Wyre Forest District Council a few years later.

At the time of the Liberal/SDP merger in 1988 he joined the new party saying that he "thought he could live with it as the only practical vehicle to deliver some form of Liberalism." By the autumn of 1995 he had become disillusioned with what he saw as the illiberalism of the local Liberal Democrats and he rejoined the Liberal Party. In 2005 he took over from me as President of the ongoing Liberal Party.

When the Labour party lost overall control of the district council Mike was the leader of the three strong Liberal Group. Despite this being the smallest party group he was called upon by the parties to a "Rainbow Coalition" to take on the leadership of the Wyre Forest council, a position he held for two years. He was also Chairman of the Council on three separate occasions.

A teacher by profession he took early retirement in 1996 after 26 years service on an offer he said "only a fool would reject."

Mike was a very shrewd political operator who didn't miss a trick but was recognised as having great integrity. When, typically, Mike announced publicly at a council meeting in 2005 that he was about to undergo surgery for cancer of the colon, his political opponents were open with their sympathy. One Conservative Councillor commented that, "Mike is a giant in Wyre Forest politics and a gentleman to boot."

Together with Fran, also a local Councillor, he was prominent in the local hospital campaign that led to the election in 2001 of Dr Richard Taylor, parliament's only independent MP.

Down to earth and very approachable, Mike Oborski was always prepared to work with those of goodwill, whatever their politics, if it would bring improvements to his community and to his town.

He appeared to have recovered from his initial cancer only to find himself with cancer of the lung and liver. He is survived by his wife Fran, whom he married in 1968.