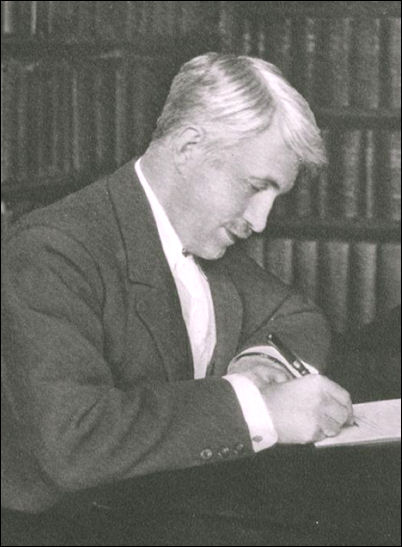 This enquiry led to my uncovering the remarkable history of Joseph Mellor, a member from 1920 until his death in 1938. The general impression of NLC members, past and present, is of a club that has attracted a preponderance of its members from the broad liberal arts - lawyers, writers, civil servants, artists and musicians, just as the world of politics has done. A much needed examination of the membership application forms would quantify the impression but certainly there have not been many visible scientists around over the years.

Joseph Mellor was, therefore, quite an exception, though by the time of his application, his position as Principal of the Central School of Science and Technology in Stoke-on-Trent rather masked his distinguished scientific career. Incidentally his proposer in 1920 was a rather shady individual, Rudd Chislett Rann, sometimes known as Chislett Rudd Rann! Rann himself had only been a member from 1916 prior to which he had been an entrepreneur who criss-crossed the Atlantic in following his business deals. In 1904, along with business colleagues, he had been sued in a New York court in relation to alleged "corruptly diverting" funds from share deals. He was acquitted by the court but there was no mention of his business background when he applied to the Club for membership.

Mellor was born in Huddersfield in 1869 and when he was ten the family emigrated to New Zealand. The family's poverty prevented him from continuing his education and at thi rtee n he was employed in boot making. However. in the evenings. by the light of a paraffin lamp. he studied borrowed chemistry books. The principal of the local technical school heard of him and. in effect, adopted him and aided his education. enabling him to enter the University of Otago in 1892 as a part-time student. Six years later he grad uated with Ist Class honours and took up a teac hing post. In the same year, 1898, he married the organist at the local Methodist chu rch and. later that year, they came to Engla nd. He earned his doctorate at Manchester University in 1902 and took up a teaching post at what was then the North Staffordshire Technical College. He became Principal of the College and in 1927 he was elected a Fellow of the Royal Society.

He published 116 papers and held six patents in clays, ceramics and, particularly, refractories. He became known as the leading authority in the UK on the chemistry and physics of ceramics. Between 1927 and 1937 he published a sixteen volume work amounting to 15.320 pages! - on inorganic chemistry. He eventually retired in 1934 and died in 1938. He stated that his relaxation was chess. which he no doubt practised with the Club's active Chess Circle.

Yet another remarkable personality who had been tucked away in the pages of the Club's history.