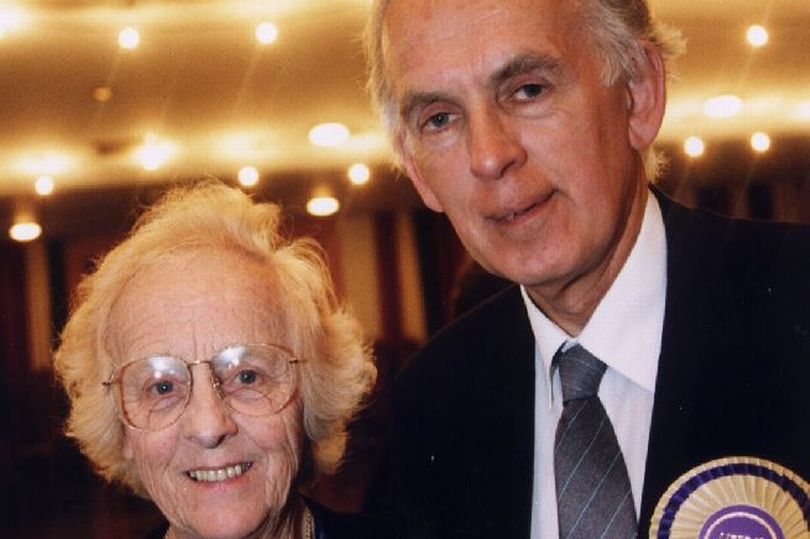 David Morrish was one of the very best of us. He had everything - an instinctive and innate Liberalism, considerable intelligence, great debating skills, always with a ready anecdote in his attractive Devonian burr, an immediate charisma and a political integrity and loyalty which meant that he had many opponents but no enemies. He was one of that band of Liberals denied a role in national politics by an electoral system that excludes all but a handful of Liberals from office. That he chose not to seek party office beyond the Devon and Cornwall Region was a loss to the Liberal cause. His death in February at the age of 86 brings a sense of what might have been.

David came from a Liberal background and his first taste of campaigning came as a fourteen year old in Plymouth in the 1945 general election. Also campaigning in that election was Joan Squire, a Liberal party member in Tavistock. She and David met at the Liberal Party Assembly in Ilfracombe in 1953 and they eventually married in 1959, with a courtship interrupted by David's year at Wisconsin University on a Rotary Foundation scholarship and time spent working with the United Nations in Iran. This latter post left him with a lifetime's interest in and concern for that country and its people. On his return to Exeter in 1959 his first - and last - teaching post was as a geography tutor at St Luke's College, now part of Exeter University, where he stayed until his retirement in 1990. His professional life was as an educator, particularly in the training of teachers. Their daughter, Claire, arrived in 1962 and a granddaughter, Emma, in 1996.

David's early personal involvement in Liberal politics in 1956 was even preceded by joining what is now the Electoral Reform Society and, just, by becoming a member of the Society of Friends in 1955. He retained a lifelong involvement with the Quakers and with the peace movement. He refused to undertake National Service in 1956 choosing instead to register as a conscientious objector and stating his willingness to serve in the Friends' Ambulance Unit.

My friendship with David began in 1962, the year after David had first been elected to Exeter City Council. I went to the city as part of my regular tour of Liberal council groups as the party's Local Government Officer. I stayed overnight with the Morrishs and found that we shared the same radical Liberalism. Exeter and the Morrishs became a regular convivial stop on future tours. David was a member of Exeter City Council from 1961 until 1974 and from 1996 until his retirement in 2011. He switched to Devon County Council from 1973 to 2004, all the time representing the same Heavitree ward. His fifty years service was recognised by being made a freeman of the city of Exeter in 2011. He recalled his first city council meeting when he had been advised not to speak and not to challenge the Mayor - he did both! He fought the Exeter constituency five times and the Tiverton seat four times. He also contested the Devon constituency for the European Parliament election in 1994. During my time in parliament, the Chief Whip, David Alton, told me with considerable astonishment, that a Liberal councillor had turned down a knighthood. Knowing how much such honours were often coveted, even by Liberals, I could understand his surprise. I went through possible names in my head and I came to the conclusion that it must be David Morrish. The next time I was with him, I looked at him with a sideways smile and asked, "Did you turn down a knighthood, David?" "Ah," he responded, "you'll have wait for my memoirs!" Alas, he only reached page 12 of his draft! I fear that the concept of memoirs was also somewhat un-Quakerly to David!

In 1985, to the Conservatives' huge surprise, they lost control of the Devon County Council for the first time in living memory. David set about putting together a three party coalition - Liberal, SDP and Labour. Eventually the Liberals and SDP put together a two-party administration, with Labour supporting from the wings. It proved to be a fractious blend and David survived as leader of the council for only two years. Interestingly David's somewhat naive but typically "pure" antipathy to having a group whip was a contributory factor in the joint administration eventually petering out.

In 1987 David and I found ourselves in minority within the Liberal party, opposing the leaders' proposal to form a merged party with the Social Democrats. At the special Liberal Assembly in Blackpool in December David made one of the better speeches against the proposal, telling delegates that, "Our constitution, preamble, membership scheme and name are worth fighting for .... they are not memorabilia but assets for the future fight." The merger proposal was inevitably passed with a large majority. Rather than abandon the cause we became part of a small continuing Liberal party, huddling together for mutual warmth and comfort. David typically held on to his Exeter ward seat, "without prefix or suffix" and his wife, Joan, won the next door ward. Together with two other Liberal party stalwarts they had a group of four on the city council. Some twenty years later I made the decision to join the mainstream Liberal Democrats but David remained loyal to the "mighty handful" to the end of his life. It was typical of the high esteem he was held by all that Ben Bradshaw, the Labour MP for Exeter, and a local Conservative Councillor visited David in his final nursing home and that Ben attended the funeral. His final years were accompanied by a great frustration at his increasing frailty.

Joan Morrish survived David by just six weeks. She was a Liberal Exeter City Councillor for the Barton and St Loyes ward for twenty years, eventually stepping down in 2012, and a Devon County Councillor for ten years.