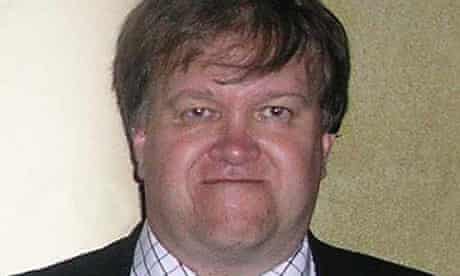 Colleagues at the National Liberal Club and in the legal profession have been saddened by the sudden death of Trevor Millington. Paradoxically he combined a highly convivial personality with being a very private person. He disliked personal publicity and it was rare for him to divulge details of his background. His friends at the NLC knew him as an enthusiastic member of the Wine Committee, a popular friend and colleague and a loyal supporter of club functions - unless they were "black tie" events which he strongly opposed.

Trevor was the only son of respectable Methodist parents in Northwich, Cheshire, who were leading lights of the local Liberal association. Trevor imbibed much of their politics but not their religious beliefs and, as an individual who always held strong opinions, he had a firmly secular outlook. With typical unconventionality he was the only boy at his school to do shorthand and typing 'O' level. Early on, having been attracted by the television series "Rumpole of the Bailey" and "Crown Court", he was determined to become a lawyer and was the only student taking A level law at his local grammar school. Leading Liberal lawyer Alex Carlile QC, later MP for Montgomery and now a Liberal Democrat peer, agreed to help Trevor with his essays. Trevor thereafter always spoke warmly of his help in achieving his aim.

He was called to the Bar in 1981 but, possibly because of his background and personal style he struggled after university to be taken seriously as a barrister and was unable to find a place in chambers. He initially became a Justices Clerk. The turning point of his career came when he joined the solicitor's office of Her Majesty's Customs and Excise. By his late twenties he had emerged as a real talent in his chosen area of law.

In 1989 he was asked to set up a specialist asset forfeiture section within HMCE. This he did with relish. In 1994 he was seconded to Gibraltar where he became responsible for drafting legislation to give effect to the EU Money Laundering Directive.

In 1996 he wrote his first book on asset forfeiture Five years later with Mark Sutherland Williams he co-authored what became the seminal text book on the confiscation of fraudulently obtained assets and was regarded rightly as a leading authority on that esoteric subject. He transferred to the Revenue and Customs Prosecutions Office on its creation in 2005 and led the Customs legal team at the Enforcement Task Force thereafter. In 2008 he was awarded the OBE for his work and this meant a great deal to Trevor. Typically there was no fuss but the provision of some very good champagne at the next meeting of the National Liberal Club wine committee.

He was unhappy with trends in the civil service and was not enthused by the incorporation of the Revenue and Customs Prosecutions office into the Crown Prosecution Service. In 2010 he took the difficult but brave decision to commence life in chambers and to practise at the Bar as he had always wanted. He wanted to be more independent and in control of his time and was confident that there would be a strong demand for his skills and specialist knowledge, particularly in an advisory capacity.

He had a great love of opera which he shared with his close friend Margaret of whose children he was also very fond. Perhaps it was the contrast of his later success with his early problems of establishing himself in his chosen career that led him to become a member of a number of professional and City of London organisations.

See also The Guardian, Other Lives