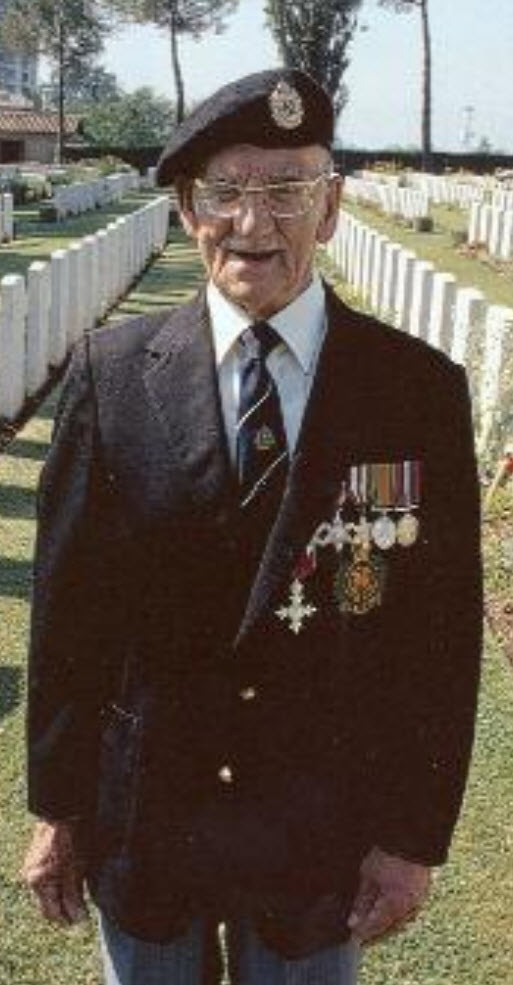 Those who came across Joe Kitchen only as one of the Labour City Councillors for Leeds' Middleton ward without knowing anything of his background would be surprised at his history.

Born in 1922, he was the penultimate child of an extremely numerous Catholic family that had to pack itself into a small back-to-back house in Hunslet. At the age of fourteen he began his apprenticeship as a coach painter at John Fowler's local engineering company. Joe's skill was honed by hand painting the names on the Fowler locomotives that were exported worldwide.

Kitchen had immediately joined the General and Municipal Workers' Union at the age of fourteen and in 1937, after only a year at Fowler's, he formed an apprentices' committee which struck successfully for a rise of a shilling a week. Thereafter apprentices were automatically paid a percentage of the full adult workers' rate.

In 1940, as soon as he was eighteen, Kitchen joined up and was enlisted in the Royal Engineers, serving first in North Africa, then in the Italy landings of 1944, and finally at the carnage of Monte Cassino. At the war's end Joe Kitchen was attached to the War Graves Registration Unit and put in charge of 250 Italian workers with the task of carefully burying over 4,000 British soldiers on Italian soil. During this period he met his future wife Elizabetta Dibiasio, always known as Tina. They had two daughters, Anna Maria and the late Kathleen, and there are now eleven grandchildren and three great-grandchildren.

In 1948 Kitchen returned to England and to Fowlers where his commitment to trade unionism led to him becoming shop steward, branch secretary and eventually Regional Officer for the Yorkshire and North Derbyshire Region of the GMWU - since 1982 the GMB. In 1978 he was awarded the MBE for his services to trade unionism.

He was appointed a magistrate in 1969 and elected to Leeds City Council in 1971. On his retirement from the council in 1988 he was appointed an Honorary Alderman. Joe was one of the most popular members of the council and his friendships transcended party barriers. The twinkling eyes behind his heavy glasses always presaged another of his many anecdotes. An unassuming working man of great charm and dignity, he was one of the last representatives of that generation that had to struggle fiercely to prove their worth.

Never an extremist, he had a deep loyalty to the Labour party but was distressed at the strife caused by the ascendancy of the Left in the early 1980s. Joe Kitchen treated all his colleagues with respect and fulfilled his duties with integrity. In 2004 he returned to Tunisia with the British Legion to lay a wreath at the graves of two of his close friends. He will be buried in Italy alongside Tina.