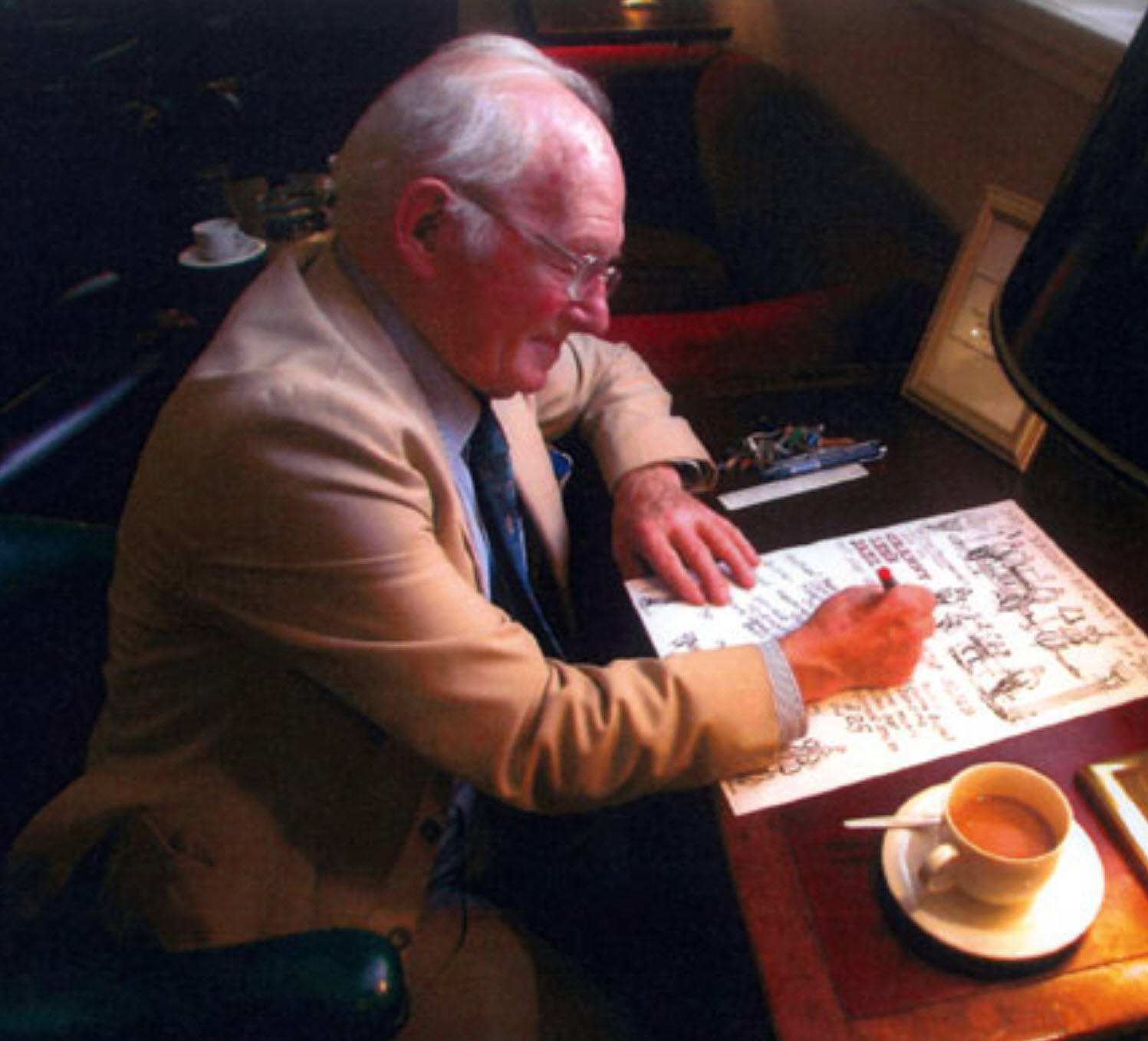 To mention Denis Mason Jones to any of his wide circle of friends and acquaintances in Leeds would invariably provoke a instant smile. Denis, who has died at the age of 91, was one of those rare individuals who could move with ease in any number of different circles, and be popular in each, whether it was the Leeds "establishment", the professional set or a jazz night at the Leeds Club.

By profession he was an architect, having followed his father into partnership in the family firm. His design for Bodington Hall, at the University of Leeds won the Leeds Gold Medal in 1964, but, although he did many architectural designs, particularly for the conservation and restoration of buildings, one sensed that he much preferred to be occupied in sketching just about everything he was involved in whether it was the English countryside, historic buildings or a concert he was attending. His jackets were always made with an extra large "poacher's pocket" which contained his ever-present sketchbooks. A junior member of his staff was given the task of cutting pencils into half and sharpening the two pieces for him. He meticulously maintained an archive of these books - amounting to almost one hundred at his death.

To those who knew Denis his sketches were always recognisable and they had a wider circulation than even he realised. In 1998 when I was on an electoral mission in Cambodia, an American woman based in Laos desperately wanted to come to Phnom Penh as an election observer; when I eventually found a place for her she brought me a gift of a book, in French, on the English countryside, that she had bought in Vientiane. I immediately recognised the author of the illustrations and when I showed the book to Denis he recalled the occasion when its French author had observed him sketching in near Malvern and had made him an offer. Denis wryly commented, "It was one of the few occasions I got paid."

Denis Mason Jones designed a series of full-colour pictorial maps of British cities featuring their historic buildings. Marketed as "Heritage Maps," they are today much sought after. Typically when I got back from a European Union project in Uzbekistan, he presented me with a special map of the Silk Road portraying the key buildings of Samarkand and Bukaru. In the margin was his pencilled note: "Don't rely on this map for your return to Tashkent!"

He was the quintessential clubman. A member of the Leeds Club for over forty years he could regularly be found ensconced in one of its deep armchairs holding court amongst friends and colleagues. It was one of his great frustrations in recent years that his increasing frailty limited his attendances. He was a regular speaker at club lunches where his skill as a raconteur and his laconic timing always ensured a full house. At one such occasion he surveyed his audience and announced that he was fascinated by the rubric on many of his supermarket purchases, "Best Before." This, he said, was of no interest to him. What he really wanted was, "Fatal After."

Many of his anecdotes related to his war service which, although one would not know it from the hilarious character studies of his companions, had been traumatic. Of six close friends who graduated from Sidney Sussex College, Cam bridge, in 1939, he was the only one who survived the war. Whilst on mine clearing duty in North Africa in 1943 he was blown up my a mine which shattered his right arm. After eighteen months in and out of hospital, he became an instructor "showing chaps how not to lift a mine."

After the war he completed his architectural studies and went on to study in Zurich before returning to London. There he shared a house with six architects and painters, which was so disorganised and cluttered that, he said, "a large bicycle was once lost in a room for six weeks."

Apart from the Leeds Club, he was associated with much Leeds development, being involved with the Henry Moore Sculpture Trust - after the City Council had wined and dined the locally trained sculptor and persuaded him to fund a new gallery - the Leeds Civic Trust and the Yorkshire Heraldry Society.

He is survived by his wife, Mary, four children, Nicholas, Mark, Rosalind and Crispin, nine grandchildren and a great granddaughter.