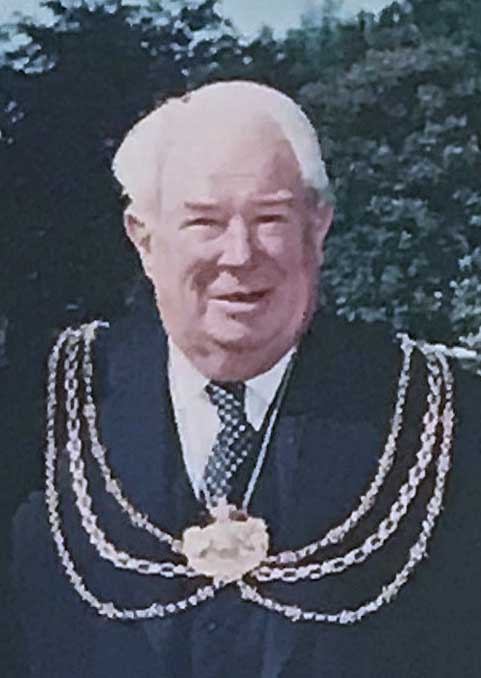 David Hudson, who has died in an accident at his Wetherby home, aged 80, was the third generation of local Conservative politicians. His grandfather, James David Hudson, was a founder member of the Wetherby Rural District Council in 1897. Previously he had been a produce merchant, exporting cheeses to the United States. He was said to have crossed the Atlantic twelve times in sailing ships. He bought the family home, Hill Top Farm in Wetherby, with proceeds from the sale of a property block in Broadway, New York, in 1861. David's father, Colonel Joseph H Hudson, was a County Councillor for Wetherby and Chairman of the West Riding County Council immediately before its demise in the 1970s. David himself was elected to Wetherby RDC in 1955, to the West Riding County Council in 1967 and to Leeds City Council in 1975. He served as Mayor of Wetherby Town Council and was the Deputy Lord Mayor of Leeds in 1981-82 and Lord Mayor in 2001-02. He also served on the West Yorkshire Police Authority and the West Yorkshire Passenger Transport Authority.

Of all the politicians from the outer areas that became part of Leeds City Council in 1974, David Hudson seemed most at home in the wider city politics. An extremely convivial individual, he took to the formal and informal machinations of the Leeds Civic Hall without any apparent effort and was popular with members of all the political groups. Although ostensibly very relaxed he was not averse to mixing it politically when the need arose and on occasion could be provoked into fierce defence of the Conservative cause. He served for many years on the planning committee and, though there was no suggestion of malpractice, he came under public criticism for alleged conflicts of interest when he obtained planning permission to develop valuable land around the family home. He was Managing Director of the family farm and holiday homes management business.

David Hudson was passionate about cricket, having played for Wetherby Cricket Club from 1943 to 1965, four times captaining the team to the Wetherby and District League title. He was also a keen rugby union player in his youth. He also took a great interest in local hospices, choosing St Gemma's and Martin House for his Lord Mayoral charities. He was one of the last of that style of Conservative land owners and business leaders who believed that it was an important duty to participate in civic life. He finally retired from the City Council at last June's elections.

He married Gillian Barlow in 1954, and they have three daughters, Fiona, Jennifer and Pippa.