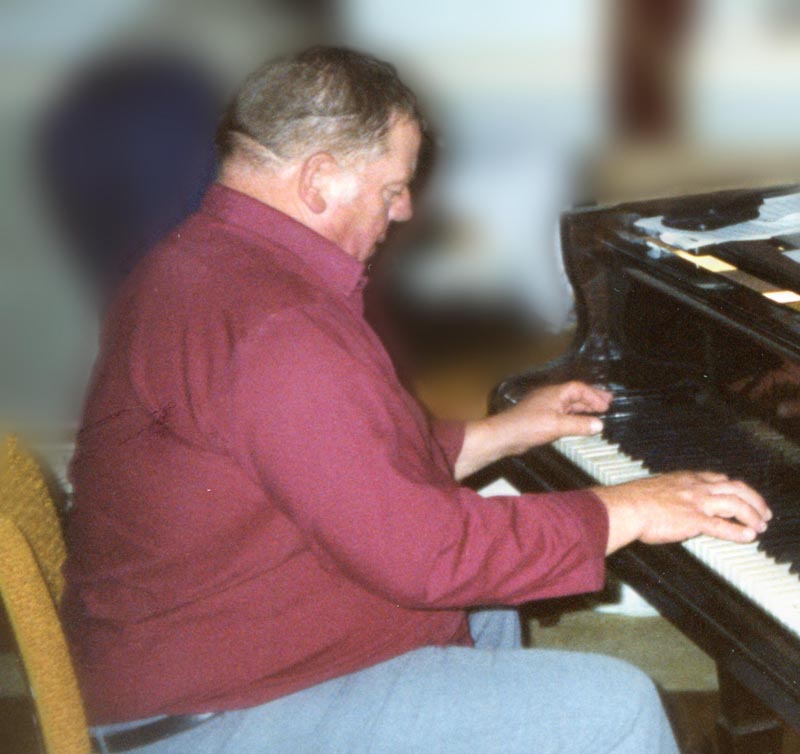 Pat Hawes was very much a British jazz pioneer. He was a talented pianist who could play in just about every style, including boogie, stride and ragtime. He produced fine solos and his playing was always tailored to the musicians around him and he was a sensitive accompanist when supporting soloists. I enjoyed Jim Godbolt's anecdote about Pat in the second volume of his History of Jazz in Britain: "In the early days .... pianists were expected to pound the piano with both fists in crude imitation of the more primitive New Orleans style. The general attitude can be summed up by the horrified reaction of a pianist - Pat Hawes - in a 'pure' New Orleans-style band on being asked by a recording engineer to play a bit higher up the keyboard: 'Wot, and sound like f***ing Teddy Wilson?'"

At the age of fifteen he won a competition playing boogie-woogie before playing briefly around his home area of Pinner in a local dance band. He joined John Haim's band and recorded with him in 1946. Pat played and recorded with just about every major British band but never stayed with any single band more than a few years. His two periods with the Crane River band, from 1949 to 1953 and in its revival from 1972 to 1975, were just about his longest stays with any band. Between times he led his own trio and, particularly in the 1970s and 1980s , did a great deal of solo work. He took part in bands accompanying visiting jazzmen Albert Nicholas, Captain John Handy and George Probert. He recorded two sessions under his own name, firstly in 1996 and his final recordings in 2000. This latter session was entitled "That Salty Dog" and featured Pat singing the title number, plus other rare vocals!

Pat was a very amenable and easy going colleague who was always anxious to please. Despite his long and distinguished record he never stood on ceremony but happily did just about any gig. He did a Thames river boat gig for my Granny Lee band in 2001 making the trek from Maidenhead just weeks after he had collapsed in the street with a heart attack. He made light of this "episode" and the only concession he made to his health was to insist that there was a piano on board as he had had "to give up carting keyboards and amplifiers around."

In his later years Pat wrote excellent reviews for Jazz Journal and for this journal and it was only when these ceased to appear that I, and no doubt other friends, realised that he was ill. His presence and his playing are much missed.