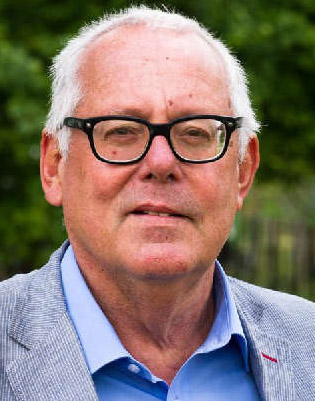 Jonathan Fryer, who has died aged 70 of a brain tumour, was a foreign correspondent and writer whose broadcasts from a total of 162 countries made his a familiar voice on BBC Radio. He also wrote about history and lectured on international politics, and spent more than half a century as a Liberal and later Liberal Democrat activist and candidate.

Jonathan's political interest was awakened in 1964 when Jo Grimond, then Liberal party leader, spoke to a meeting at Manchester grammar school. He found that Grimond's views, with their emphasis on non-statist radicalism, chimed with his own, and joined the Young Liberals. He maintained a lifelong involvement with the party and subsequently the Liberal Democrats, first as a regional officer in the North West Young Liberals and as secretary of the Oxford University Liberal Club. He was elected to Bromley borough council in 1986, remaining a member until 1990, and fought five general elections in London.

As a dedicated internationalist, Jonathan focused particularly on the European parliament, and he fought seven of the eight elections to that body between 1979 and 2014. Once convinced of a cause he remained committed and he took on many significant roles, including chairing the Liberal International British Group and the Liberal Democrats' international relations committee. He was chair of Liberal Democrat Friends of Palestine and a member of the Council for Arab-British Understanding.

Jonathan was adopted at the age of 18 months by Rosemary and Harold Fryer. He had an exceptionally difficult childhood - his father, a Manchester businessman, sexually abused him. At primary school he fared badly, and his regimented early years at Manchester grammar school, studying subjects that he found uncongenial, led to failed examinations until one teacher fostered his interest in literature, geography and languages. He then won an open exhibition to St Edmund Hall, Oxford University, to study geography.

Forcing himself to be independent before he went to Oxford, Jonathan fulfilled his determination to get away from his father by travelling overland to Vietnam during the war there, partly funding his journey and stay by persuading Brian Redhead, then editor of the Manchester Evening News, to pay him for articles sent back to the paper. His experiences led him to switch to Oriental studies with Chinese and Japanese when he finally arrived at university.

After graduating he went to work for Reuters news agency, but with his developing self-confidence soon realised that he was more suited to being a freelance writer, journalist and broadcaster. He published 15 books of history, biography and current affairs, including a biography of Oscar Wilde and a frank memoir of his own childhood and youth. During his original journey through south-east Asia he had begun to be attracted to Quakerism and his subsequent lifelong attachment to the Society of Friends became a key anchor and motivation in his life.

Jonathan became a regular broadcaster for Radio 4, on From Our Own Correspondent and, in the 1990s, Thought for the Day on the Today programme, and for the BBC World Service. He also wrote for the Guardian as well as the Independent, the Economist and the Spectator.

From 1993 he taught part-time at SOAS University of London. More recently he lectured at City University on writing non-fiction. In addition he was in demand from the British Council and the Foreign and Commonwealth Office for seminars on democracy and on the media at a number of overseas locations.

Although he was a popular and loyal colleague, a successful broadcaster and in great demand from international and political organisations, Jonathan's childhood cast a long shadow on his personal wellbeing and emotional confidence. This was only resolved a few years ago by many months of counselling and the realisation that he needed to gather his memories into a book.

His memoir of those years, Eccles Cakes: An Odd Tale of Survival, was published in 2016. He also wrote in the blog that he maintained for 14 years about the closure this had given him, aided significantly by the discovery of his birth family, thanks to two sisters who traced him. His mother had died but he learned from them that the young woman whom he had seen around Eccles in his early years, checking that he was all right, had been his mother.

He spoke about his experiences at the Liberal Democrat conference in 2014 and Kevin Maguire of the Daily Mirror wrote on Twitter: "Incredibly painful, important abuse speech at Lib Dems by Jonathan Fryer who had his childhood stolen. Humbling to hear him."

Jonathan is survived by his partner of more than 40 years, Ismael Pordeus, with whom he shared a home in Portugal and, latterly, in Fortaleza, Brazil, where Ismael is a professor of social sciences and ethics; and by his sisters.