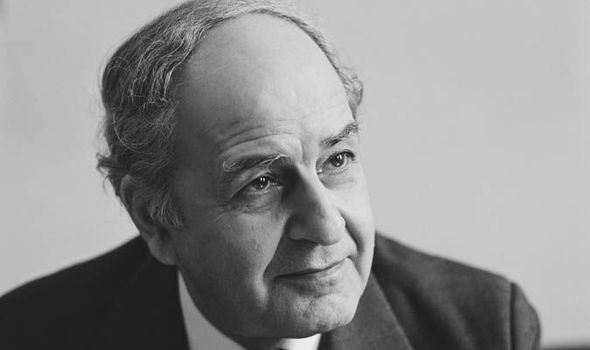 Recently, researching in the membership lists in order to answer a query, I reached the year 1938. Off the page jumped the name "Derek Ezra"! He had indeed first joined the Club some seventy-five years ago, before he was called up into the war in which he served in intelligence. In post-war years Derek Ezra was an archetypal public servant of the period, dedicated to working with others of like commitment to deliver a key service, in his case coal. More recently he was a very distinguished Club member.

He joined the National Coal Board on the industry's nationalisation in 1947 and rose through the ranks, becoming its Chairman from 1971 to his retirement in 1982. He believed firmly in the potential of coal and of its role in Britain's energy requirements and in the economy generally. He developed a close - too close according to Margaret Thatcher - relationship with the miners' union leader, Joe Gormley, and between them they persuaded successive governments to increase miners' wages substantially and thus to prevent damaging strikes. The quid pro quo was to be an improved productivity but this was never achieved to any significant effect; they did, however, agree on closing a substantial number of uneconomic pits and manpower was reduced by two-thirds over the thirty-five years of Ezra's time with the NCB. Between them, he and Gormley kept the left-wing of the union at bay and it is often said that, had he been the Board's chairman during the time of Arthur Scargill's leadership the devastating strike of 1984-85 would not have happened, though his Conservative critics argue that this would have been achieved by Ezra buying the unions off. His urbane and conscientious style, and his obvious dedication to the coal industry, stifled a great deal of criticism later on from those in government who would otherwise have pushed for his dismissal.

He had joined the Liberal party before the war and had been spotted as an able Young Liberal by party leader, Archie Sinclair. During Ezra's time with the NCB he was unable to show his political affiliation, though both his Jewish background and his co-operative style of management were indicative of his liberal personality. He was made a life peer on his retirement from the NCB and, soon after, he settled very comfortably on to the Liberal and, later, Liberal Democrat benches. He was a regular contributor to Lords debates with a final question tabled in October 2014. Sadly he felt unable to accept the Club officers' invitation to a dinner to celebrate seventy-five years since he was first a member. Lord Ezra has left a number of Liberal books, pamphlets and leaflets to the Club. Many of these fill gaps in the Club's library and will be valuable additions to the collection.

During and after his public career he received many awards and served on a number of boards. He was a ver active peer, including working with Lord Jim Callaghan on numerous amendments to the rail privatisation bill in an attempt to stall it. His wife, Julia, died in 2011 after more than sixty years of marriage.