Baron John (Jack) Diamond of the City of Gloucester 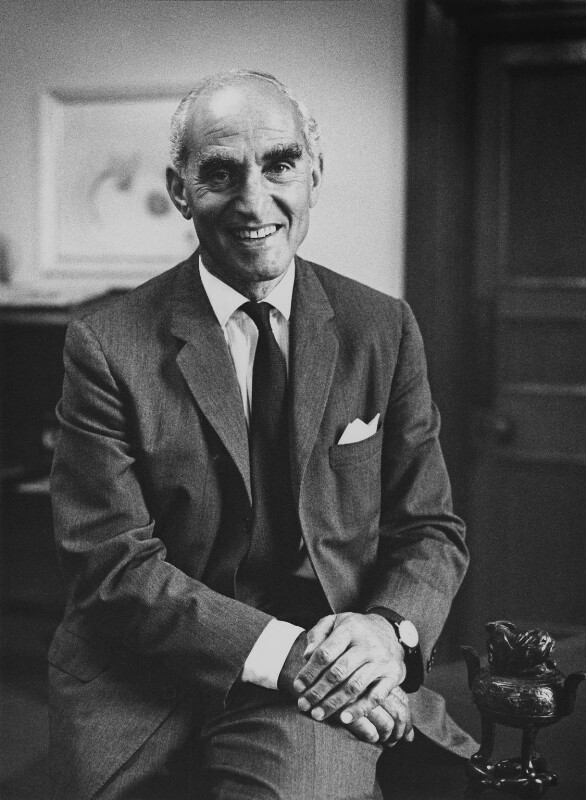 Jack Diamond, former Labour Minister and SDP trustee, came from that same Leeds Jewish background that also produced Gerald Kaufman and Irwin Bellow in national politics and K C Cohen and Josh Walsh as formidable municipal pioneers. His father, the Reverend Solomon Diamond was a chazzan, or cantor, at the Belgrave Street synagogue from 1897 until his death in 1939. As a child Jack Diamond attended services conducted by Moses Abraham, one of Leeds' most renowned rabbis. He went to Leeds Grammar School and then, in 1931, qualified in London as an accountant. His brother, Arthur Sigismund Diamond, was a distinguished lawyer who became Master of the Rolls.

Diamond's first elected office was as a member of the London County Council and then, in 1945, he gained Manchester Blackley for Labour, holding the seat in 1950 but losing it in 1951. Unusually for a first term MP he became a member of the Speaker's panel, his solid workmanlike skills even then being recognised. After his defeat in 1951 he combined his accountancy training with a typically Jewish fondness for the movies by becoming the Managing Director of Capital and Provincial which ran a chain of news theatres across the UK. He returned to the House of Commons in 1957 through a by-election in Gloucester, a seat he held until 1970. In his post-election dissolution honours of that year Harold Wilson made Diamond a Life Peer.

Jack Diamond was a solid, intelligent and highly conscientious politician. These traits, coupled with his accountancy background made him an ideal Chief Secretary to the Treasury. This post, effectively number two at the Treasury and requiring an immense grasp of detailed financial figures, he occupied for six years, 1964-1970, for the last two of which Harold Wilson brought him into his Cabinet. He was very much a pro-European and was dismayed when Hugh Gaitskell proved to be less than luke warm over entering the EEC. Even so Diamond had a great affection for Gaitskell and was for some time the main funder of the Campaign for Democratic Socialism which brought together those on the moderate wing of the Labour party.

In the House of Lords Diamond continued to take on financial challenges that required his brand of assiduity, notably by chairing the Royal Commission on the Distribution of Income and Wealth in 1974. Perhaps typically, the thoroughness which stood him in good stead at the Treasury and with the Royal Commission was dismissed as being "pedestrian" by Barbara Castle, and as coming from "an accountant's mind" by Dick Crossman. Perversely, in his diaries, Tony Benn usually write more approvingly of him.

With Diamond's involvement as Treasurer of the Fabian Society and in CDS, it was no surprise that he was closely involved with the Gang of Four - Jenkins, Owen, Williams and Rodgers - in the formation of the Social Democratic Party. He was a signatory of the initial Guardian advertisement in February 1981, one of the five trustees of the party, its leader in the House of Lords, and he ably anchored the 1983 election campaign in London whilst the leaders traipsed round the country. His was a presence of great calm and sound judgement when, as was very often the case, relationships within the SDP and, even more so, with the Liberal party became fraught. He was also present at the infamous "summit" at David Steel's Ettrickbridge home on the weekend before polling day when the Liberals tried to get Roy Jenkins to take a back seat and for David Steel to become the sole leader of the Alliance. Diamond was outraged by the suggestion and his view prevailed.

When the pressure came from Steel to merge the two parties, immediately after polling day in 1987, Diamond followed David Owen in opposing it. When, despite that opposition, the merger went ahead, he remained with the rump of the SDP, retaining the title of Leader of the SDP peers for a further year until it became clear that the party on its own was no longer viable. Eventually, in 1995, after Tony Blair's accession to the Labour party leadership, Diamond quietly rejoined his old party. In the Lords he participated particularly in debates on adult education and on Lords reform, continuing to be active well into his 90s. He was also the chairman of a quasi trust, the Lionel Cooke Memorial Fund Ltd, named after a personal friend of Diamond's, which initially funded the SDP but which latterly gave Â£20,000 a year to the Labour party.

Jack Diamond was just about the last survivor of a particular generation of Labour politicians who came to politics with a sense of idealism and a commitment to democratic socialism. His sense of fairness and principle was recognised and appreciated by those who worked alongside him. In a very real sense, the intellectuals within that group, such as Antony Crosland and Dick Crossman, would have found it far more difficult to go off on to flights of fancy over policy had it not been for a colleague as practical, as financially well placed, and as solid as Jack Diamond.