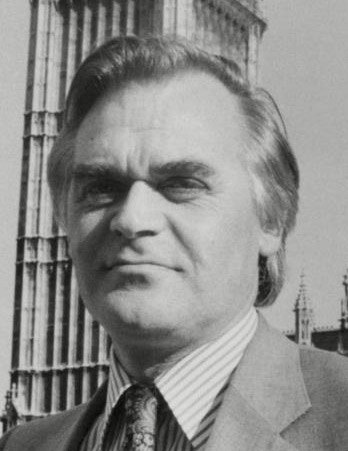 George Cunningham was an active member of the National Liberal Club taking advantage of the welcome given to members of the SDP following its alliance with the Liberal Party in 1983. George was a member of the General Committee and served as the Club's Honorary Librarian only giving up the task in frustration at not being able to get agreement to clear out the dross from the library's shelves to make way for Liberal reference material.

George had been a Labour MP from 1970 with a safe seat in Islington but became one of the moderate Labour MPs targeted by the Bennite left faction. When he was re-selected for his Islington South and Finsbury seat by just five votes in November 1981 he said that it was time to end the distraction of having to deal with internal disputes. He then resigned from the Labour party and sat as an Independent Labour MP until he joined the SDP in June 1982 as one of its last recruits. He was always a shrewd and effective Member of Parliament with a mastery of parliamentary procedure. This enabled him to persuade a majority of the House of Commons to support an amendment to the 1978 Scotland Act providing that for a majority vote in the 1979 referendum on establishing a devolved assembly for Scotland to be effective it would have to achieve at least 40% of the electorate. Despite the vote being won by 52% to 48% it failed to reach the 40% threshold and therefore failed. It is a pity that a similar clause was not inserted into the 2015 Referendum Act!

He came within 363 votes of holding his seat in 1983 as an SDP candidate and also failed narrowly in 1987, losing by 805 votes. He was a great bibliophile and had what was therefore the highly congenial post of Chief Executive of the Library Association from 1984 to 1992. George was a very convivial member of the Club until his attendances became less frequent following the advance of Alzheimer's Disease.