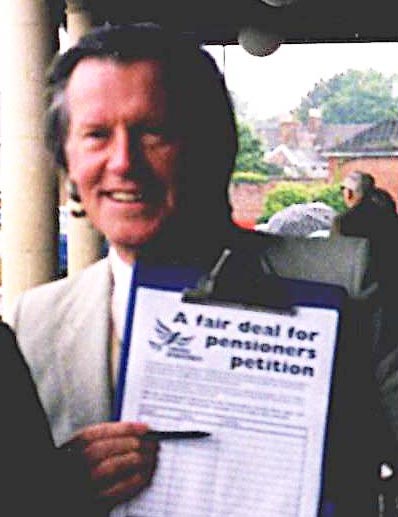 Former BBC Radio Leeds journalist Ray Beaty died in a care home in Wiltshire on 18 October. Ray was a Leeds man who attended Leeds Grammar School and then Cambridge University, where he read history. After national service he began his journalistic career at the Northern Echo under Harry Evans' editorship. After spending most of the 1960s on the Echo he returned to Leeds as the Political Editor on the team that opened BBC Radio Leeds in 1968.

Ray came back to Leeds believing himself to be a "hereditary" Labour man but soon realised that he was much more in sympathy with the local Liberal team. He and I greatly enjoyed each others company and our somewhat subversive radical political projects. Because of his employment, he remained a "sleeping" Liberal until he could at last be a candidate, in Wiltshire, in 2009 - forty years later.

In 1970 when Phil Sidey, Radio Leeds' first station manager, moved on, Ray was appointed in his place. Ray was a superb individual journalist but his management skills were, to say the least, somewhat capricious and it was only through having excellent support staff that he, and the station, thrived. He delighted in covering up disorganisation and "seat of the pants" survival by explaining that it was really a deliberate and novel form of management! He perplexed the BBC bureaucracy and frustrated the local staff but the Beaty roller coaster of local broadcasting survived right through the 1970s and his staff actually adored him - most of the time.

Ray then went back to local journalism and became the news manager of the Warminster Journal in the depths of Wiltshire, enjoying digging out local stories and spending time on two of his other interests - cricket and railways. In July 2006 he was attacked and badly injured late at night by two youths who threw him on to the track at Bradford on Avon station. This incident may have contributed to his slow decline in physical and mental health until he had to enter a care home where he spent his last couple of years.

Ray was a character, great company and a passionate believer in local journalism.