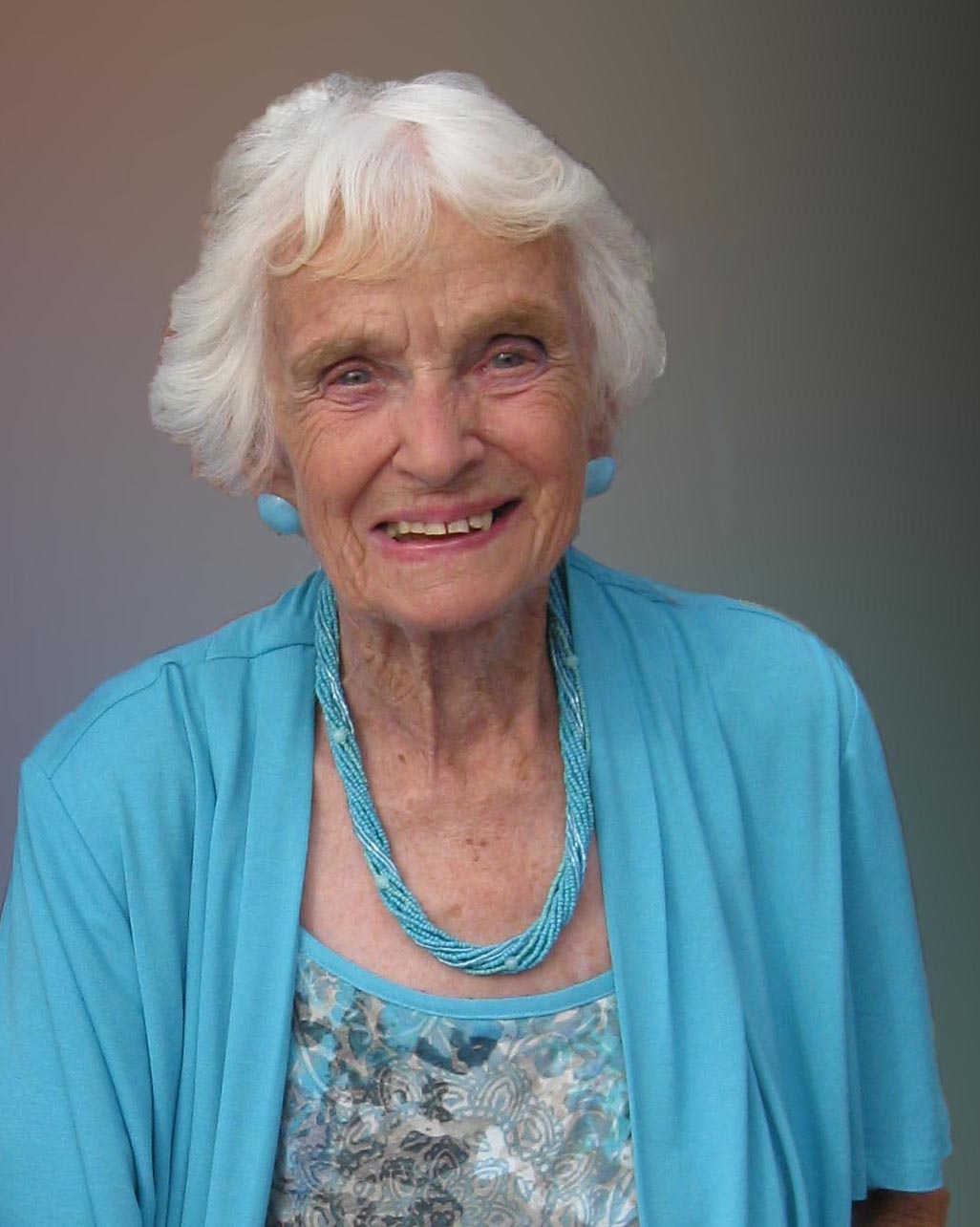 Life for mum was all action! She revelled in being involved and didn't take to being a spectator. This applied to the church, to all the music societies she was a member of, to helping her children and invariably to cycling and walking. She amazed me. Just before the final fall that hospitalised her and when she was very frail, she told me she had walked to Kimberley and back - a good mile.

Friendships were very important. She kept in touch - both through visiting local friends and through phone calls. Not wanting to outstay her welcome she never stayed long and her phone calls became shorter and shorter. This applied to family as well as friends. In the last weeks of her life my phone calls with her got pared down to just Hello and Goodbye.

Mum was the middle of three children. Born in the Avenues area of Hull, her father, a born and bred cockney who was in the Navy throughout and after the first world war, came to visit a naval friend in Hull. He met and subsequently married my grandmother and stayed in Hull, eventually running his own business.

When war broke out, the family moved to Cottingham to try to get away from the worst of the bombing, although mum recalled that they spent lots of nights sleeping in their Anderson shelter. One wartime story goes that, in order to have a break away from the bombing, my grandfather booked a short holiday for the family on a farm in the moors above Whitby. After a couple of peaceful days they suddenly had bombs raining down around them, as fires had been lit on the moors to draw the bombers away from the sea ports. Mum and family knew what to do, but the poor farmer's family were terrified. And so ended what should have been a restful break. Not so many years ago mum and Brenda, her sister, went back to the farm and found the same family still farming there, and told them of their wartime visit.

It was Cottingham that remained their home thereafter and where mum's interests and friendships developed. Dancing and amateur dramatics and music were all important in childhood, as was the church and faith. The friendships she made during those wartime years were kept up, right until the end and she was still in regular touch with the two surviving friends.

Music was to become mum's greatest interest. She was a talented pianist and, had circumstances being different, would liked to have studied further. Mum, and her father, a violinist, played in the local Cottingham orchestra, and it was with them that she played two piano concertos - Schumann and Mozart 23. These pieces formed a backdrop to our childhood as at Robin Hood's Bay mum would often sit at her beloved grand piano and play them.

After leaving high school, and with a few false starts, she eventually ended up as an unqualified teacher and decided that that was the profession for her. She qualified in Harrogate through the government emergency training scheme, making more lifelong friends.

When my grandfather bought the cottage at Robin Hood's Bay, in 1945, it was mum who accompanied him at weekends to fix it up. It became her adored second home, a place where she was in her element, where family and friends met every holiday, enjoying the long walks she organised and spending many hours sat outside pubs. The cottage eventually housed mum's grand piano and she would play for the sing-alongs which were a feature of the holidays.

During my childhood we spent every school holiday and many weekends at the Bay, and indeed, never went anywhere else. During the long summer holidays my father was left at home to fend for himself, while we all went off to Bay for a month!

Mum married my father in September 1953, more than ten years after she had first met him. They were married for sixty-four years and lived together at Newdigate Road for sixty-three of them. Moving to Nottinghamshire for father's work was tough for mum. She knew no-one, had no job and was very lonely. Getting a supply teaching post in that first year, she met another lifelong friend, Marion, who became a great support, particularly in those early years. Right up until lockdown was imposed we still visited Marion every week.

In July 1954 mum had twins a month premature. I survived, but my twin brother Christopher didn't. I always knew I was a twin and that my brother had died soon after birth but not much more .... until after father died and we found in his papers two carefully preserved baptismal cards. We were baptised in the hospital because we were so frail. Seeing the cards prompted mum to speak freely about the awful experience - even being unaware that she was expecting twins and of having to come home from hospital with no baby - my brother having died and I being in special care. The family was completed when Kate was born at home almost three years later.

Mum's professional life as a primary school teacher meant that for ever after she organised all of us as if we were recalcitrant children! This included father who permanently tried to rebel against being regimented - but was usually unsuccessful! She taught in many schools in the area and latterly concentrated just on music teaching.

Music was a key part of her life. She sang and acted as accompanist to a number of choirs throughout the years, including Heanor Operatic Society, Greasley Singers, Bakers Dozen and the Heanor Concert Party. I am very pleased that members of her last choir are able to attend today.

After she retired mum and father started to travel more and had many happy holidays, particularly in Greece, which they loved. They enjoyed spending time with Kate and Graham on the boat at Falmouth and also came a number of times to join us at our little house in the South of France and greatly enjoyed the wine tastings.

Mum and father were two very different people: mum on the go, taking on new commitments, with father quietly providing security and stability. They were a very traditional couple: mum doing all the cooking - I reckon that she was one of the last people to do English cuisine, not least her meat and potato pie! She regularly baked and produced splendid biscuits and cakes. Father did all the accounts and paperwork and everything practical.

Both of them were of the old "stiff upper lip brigade" where stoicism was the watchword. Neither of them displayed great emotion when Kate died so tragically and they simply carried despite the immense sadness they must have felt.

Kate and I both married divorced men and Michael and Graham were warmly welcomed but one day mum suddenly said, "I couldn't wish for two better sons in law but I wish they had been a bit more traditional!" She was a great supporter of everything Kate and I did. When mum and dad came to Leeds for my concerts I would return from the afternoon rehearsal to find that mum had cleaned the house, done the ironing and that a meal was ready on the table. My father meanwhile had cut the grass and worked through a list of odd jobs. I know they did the same for Kate.

Mum adored her two grandsons whom she and my father spent a lot of time with when they were young. She looked forward to, and loved their visits, but not for long - a gentle pat on the arm meant it was time to go.

After father died she was very lonely, even though neighbours, church friends and other social care individuals visited and invited her out. She hated her increasing frailty and couldn't bear the thought of not being able to get outside every day for a little walk. Eventually when hospitalised and then in the care of the superb Alexandra House she just let go and slipped away peacefully with myself and Ben with her at the end.

She was a real character, a lovely mum and a great friend and supporter of Kate and me and of Ben and Ross.