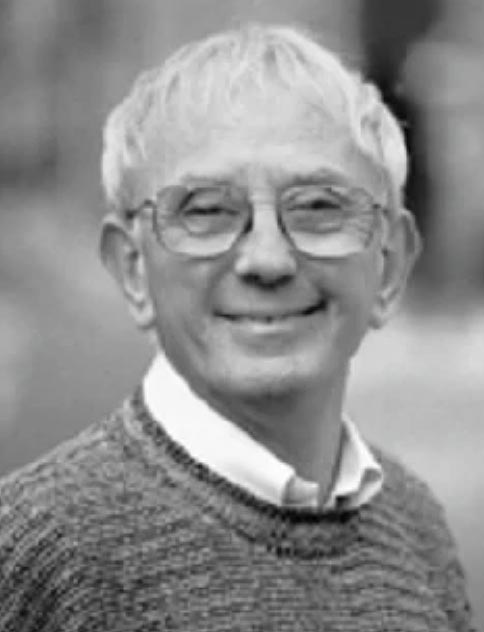 Michael Burrell was an instinctively convivial man with a very natural affection for the company of his friends and colleagues. Michael's arrival in the bar or in the smoking room invariably enhanced the atmosphere of every gathering of members there, not least with his slightly whimsical humour and his ready fund of anecdotes. Such was his vitality that his death after a very short illness is difficult to take in, quite apart from the surprise at discovering that he was aged seventy-seven. His presence and his contribution to Club affairs will be much missed.

Michael had been a political member of the Club for twenty-eight years and a member of its General Committee for twelve of them. He was a regular purveyor of good ideas for Club activities and was always prepared to assist with their practical demands, one of which was his promotion of the St George's Day Dinner in 2004 - arranging and performing in each such event ever since. He was a popular choice as Chairman of the Club in 2010 and his efficient despatch of committee was aided by his invariable good humour and his co-operative spirit. These personal attributes also ensured that events that he presided over were imbued with an easy conviviality.

He was a highly political individual and he recognised that his artistic temperament and his instinctive internationalism would find a natural expression in Liberalism and he joined the Liberal Democrats in the late 1980s. Typically he took on leadership roles as an officer of the party in Huntingdon and was a regular local election candidate for the party - alas always unsuccessfully.

Michael was occupied throughout his life with the arts and particularly with drama. Even as a pupil at the John Lyon School in Harrow he took the lead in reviving drama at the school to which he regularly returned. Fittingly the major drama prize and the newest drama studio at the school both bear his name. Following on from school he was never out of the world of drama, and following National Service, he went to Peterhouse College, Cambridge, where he appeared in numerous undergraduate shows often with such luminaries as Ian McKellen, Derek Jacobi, Peter Cook and Eleanor Bron.

It was natural that he should go into the professional theatre and he played leading roles with many of the major British companies at home and with tours to thirty-seven countries. He was regularly on television and appeared in some twenty films. In addition he directed plays, including the stage premiere of Alan Bennett's Talking Heads, and wrote, having a number of plays professionally produced. During a year playing in The Mousetrap he arranged for National Liberal Club members to visit and to have a back stage tour. He recently gave a showing at the Club of his award winning work Hess, which was the first time that this film had been seen in Britain. Not one for retiring quietly, he had recently completed his first historical novel and was planning a follow up!

Many people have been touched by such a well-rounded life and Michael will be missed by all, particularly by his long-term partner, television producer, Tony Kinnie.