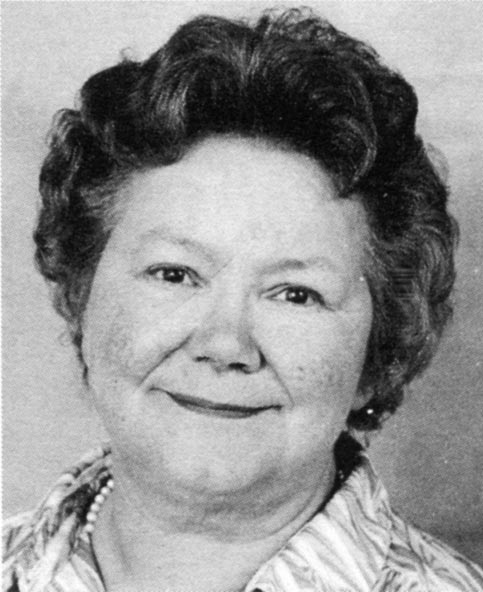 Born 20 June 1931, in Settle, North Yorkshire, to Clara Grice Grisedale and Arthur Graham, a local cinema owner, who was a staunch Liberal, as has been Beth, her older sister; she died on 13 March 2008.

Claire Brooks left an indelible impression on just about everyone with whom she was involved. She was warm-hearted, spirited, emotional, unwavering in her support of individuals and causes once she had decided they were worthy of backing, and quite impossible to cajole into an effective tactical force. She was a one-off, typically loved and indulged by Liberals of like mind whom she often exasperated by her ill discipline. Such was Claire's passion that, in full flow at the conference rostrum, she would ignore amber lights, red lights and all the chair's futile attempts to call her to order. Singlehandedly she eventually achieved the installation of a switch whereby the chair could henceforth turn off the rostrum microphone!

She was from a firm Liberal family in the Yorkshire Dales. She excelled at her local school in Skipton and studied law at University College, London, where she was vice-president of the student union. Speaking in 1958 at a huge Liberal rally in Blackpool she announced that she was looking for a Liberal husband but, instead, she married Herbert Brooks, an American citizen, and moved to the United States. There were no children of the marriage and, following her divorce, she moved back to the UK and fought her home constituency of Skipton in February 1974 after an interval of fifteen years.

Lacking a majority, Prime Minister Harold Wilson went to the country again in October that year and Claire Brooks was one of the few Liberal candidates to improve the party vote, coming within 590 votes of ousting the sitting Conservative MP, despite her vocal espousal of unilateral nuclear disarmament, which hardly endeared her to hard bitten rural Yorkshire men and women. In 1979, a new and more attractive Conservative candidate, plus a swing to the Tories, greatly increased their majority. Then new constituency boundaries in 1983 put paid to her chances of entering parliament for her home seat. Had she nursed the seat after 1959, instead of being away in the USA, she might well have succeeded, but ultimately reliance on her personal drive and commitment waned. Quixotically in the 1987 election she fought the Lancaster constituency which she had no realistic chance of winning.

Claire was a passionate European and she contested the 1979 and 1984 European elections. Also, from 1975, she committed herself to a rural solicitor's practice and the following year won a seat on the Craven District Council, which she held for twenty-three years, becoming Chair of the Council and Mayor of Skipton. In 1986 she was awarded the OBE for her service to political and public life.

Claire was all heart, invariably impulsive, an instinctive supporter of the underdog and in awe of no-one. At one Liberal Party Assembly, learning that male waiters were paid more than their female counterparts, she led a sit down in the middle of the conference hall - in full view of the television cameras. Her belief in the purity of liberalism and in the need for a powerful, independent and clearly focussed Liberal party, led her to oppose the Lib-Lab pact of 1977-78, and to oppose the merger with the Social Democratic Party.

Claire is regarded as one of the stalwarts whose dogged determination, passion and advocacy enthused younger members of the Liberal party and who ensured the survival and subsequent revival of the Liberal cause.