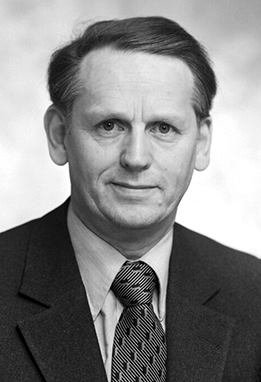 Michael Alison, who died on 28 May, aged 77, was a Yorkshire Member of Parliament for thirty-three years. His original constituency was the delightfully named Barkston Ash division which comprised essentially the suburban swathe around the east and north east of the old county borough of Leeds - Barkston Ash itself being a tiny village between Saxton and Church Fenton. As a Conservative Research Department apparatchik, he appeared an unlikely successor to Col Sir Leonard Ropner who had held the seat for over thirty years, but Alison very much embedded himself as a solid constituency MP, so much so that he was able to hold the redrawn seat of Selby in 1983 until his retirement in 1997, whereupon it was lost to Labour.

Alison's background suggests internal tensions between duty and freewill. He went to Eton and then, towards the end of the war, served in the Coldstream Guards before going on to Wadham College, Oxford, in 1948 to read Politics, Philosophy and Economics. He then took a junior post at Lazard Brothers merchant bankers but after only two years there he changed tack completely and enrolled at Ridley Hall, the theological college in Cambridge whose main purpose was and is to prepare evangelical clergy for the Church of England. Having got close to ordination Alison then abandoned the path to the parish and, in 1954, turned towards a political career. He worked for the London Municipal Society, which was an anachronistic title for what was the Conservatives' London local government office. Shortly afterwards, in 1956, he achieved his first elected office, as Councillor in the Royal Borough of Kensington. In 1958 he switched to the foreign affairs department of the Conservative Research Department, remaining there until his election in 1964. In the 1965 leadership election he supported Enoch Powell. In the Heath government he held a junior ministerial post in the DHSS and, under Margaret Thatcher, he was a middle ranking Minister in Northern Ireland and thereafter in the Department of Employment.

In 1983 there then came the appointment as Margaret Thatcher's Parliamentary Private Secretary, which baffled just about everyone at Westminster. The clue was that he shared just about all of the Prime Minister's personal and spiritual values and that she put these above the political skills that are crucial to the role of PPS. It was not a successful appointment. The Prime Minister's PPS has to live in the Parliamentary cauldron and must be convivial and ubiquitous. By nature Alison was neither. The consequence was that, in Alan Clark's phrase, the Prime Minister had "a perilously inadequate parliamentary private office." His personal beliefs and his asceticism were respected by colleagues but were not conducive to the sharing of private and personal confidences on which the job depends. Matthew Parris recounts how, following his resignation from Parliament, he wound himself up to speak to Mrs Thatcher about his homosexuality. He mentioned that "a number of our colleagues in the parliamentary party are also." Michael Alison was present and followed Parris into the PM's outer office and said to him, "it would be most helpful if you could give me the names of these colleagues .... It would be useful to know. We might be able to ... er, help them." Parris comments, "It struck me he must have thought I was very stupid".

Once again a sideways shift rescued Alison and in 1987 he took on a much more congenial post as the Second Church Estates Commissioner. This, in effect, entailed being the spokesman in the House of Commons for the Church of England and he revelled in the opportunity to adumbrate regularly his deeply held evangelical views on the floor of the House of Commons.

The consistent and dependable thread running through the last fifty years of Michael Alison's life was his Christian faith. It invested all aspects of his politics and he maintained a dogged and lucid testimony to a Conservative philosophy of Christian values, often in the face of a prevailing radical trend. In the 1970s John Gladwin - now Bishop of Chelmsford - and other participants in an Anglican Evangelical conference had prepared a report on evangelical political philosophy which had a mildly pink tinge but Michael Alison insisted on the inclusion of his very different analysis.

The tensions facing an evangelical like Alison in politics were legion. Some issues drew an expected response: he was a leader of the "Keep Sunday Special" campaign against liberalisation of the shopping laws, and he opposed further easing of the divorce laws. He also supported the inclusion of the term "mainly Christian" in the content of the Religious Education syllabus in 1986. However, to the surprise of some, in 1993 he introduced into the Commons a motion approving the ordination of women. He was opposed to capital punishment in principle but, during his time as a Northern Ireland minister, he came to support it for those who murdered prison officers.

On other issues he took an evangelical rather than a party line. He supported the American action in Vietnam, he was one of only two Conservatives to oppose the Wilson Government's sanctions against Ian Smith's unilateral declaration of independence in Rhodesia, and wanted charities, including churches, excluded from the provisions of the bill to enfranchise leaseholders. He was also supportive of fellow evangelicals in difficulties: he stood by John Cordle despite his improprieties and he wrote to Charles Colson, the Watergate burglar, following his Christian conversion. He also stood by Jonathan Aitken at his trial and assisted his subsequent path to faith.

He leaves a wife, Sylvia, two sons and a daughter.