The Politics of Electoral Reform 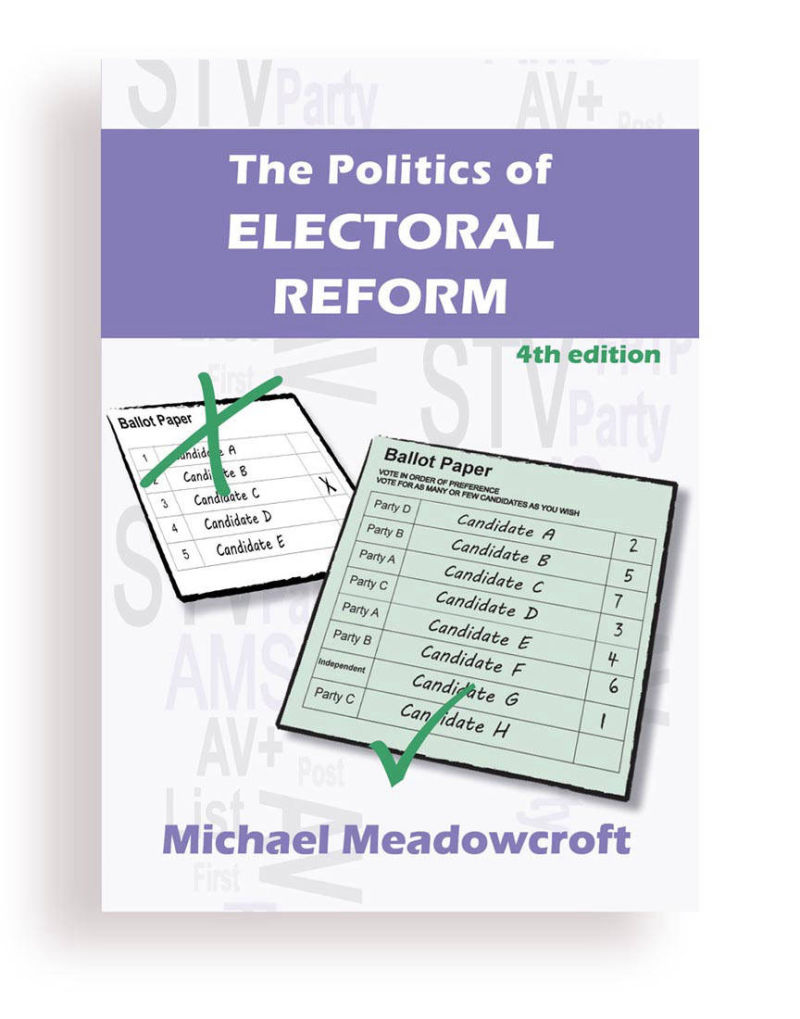 Public elections in the UK use five different election systems. So, just to say that one wants "proportional representation" begs the question of which system.

In this revised edition Michael Meadowcroft examines the wider implications of changing the Westminster voting system, not least its role in combatting the increasing disillusion in our political processes. In particular, he sets out the political consequences of different electoral systems, examines the mythical advantages claimed for the single member constituency and the myths and the facts about election systems and proposes what he considers to be the system that best suits the voters' and the country's needs.

Available from Beecroft Publications or from Amazon